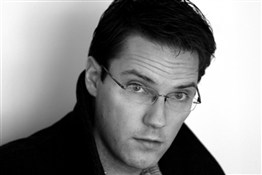 Sean Corbett is from Alberta, and attended film school in Vancouver. His shorts, features, and collaborative pieces have been exhibited in Canada, USA, and Russia. His feature Pieces was the first long form work to be screened for FAVA’s Freshworks Series. He was nominated for Best Director at the NWOFF 2013 for Artifacts Of Idealism. He is completing his third feature now. 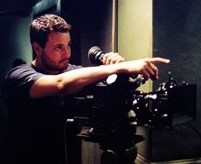 Ryan Daddi is based in the U.S., where he’s worked independently for studios and various production companies. Ryan has directed a handfull of festival short films, numerous commercials for the web, and has crewed with award winning L.A. based companies. He continues to develop projects with new and long established industry allies.

Craig Bond is a consulting marketer, designer, writer and editor from Vancouver. He is currently works in China in public relations and marketing. In his spare time, Craig conceptualizes new ideas for business, stories, inventions, and games. He is also an award-winning photographer who has focused his film career mainly on cinematography and camera operating. 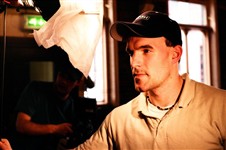 Hailing from Vancouver Island, David Smith knows large-scale production inside and out. He has worked across Canada and the UK, on commercials, features, and syndicated television. He is currently based in York, England.

From Seattle, Dr. Philip Lindholm is a scholar of theology and philosophy from Oxford University, as well as a musician, writer, and actor. He has enjoyed considerable international success as a television producer, working with famed documentarian Albert Maysles, as well as the BBC, and ITV. He is a published author, and current front-man of the band Whiskey N’ Rye.

As young filmmakers we witnessed the evolution from film to digital media. We started with an analogue eye; watching reels in the theater, shooting and cutting on film, training in classical cinematic composition. We soaked up the history of the art form on VHS and DVD. We watched as video cameras became capable of capturing high definition, and as screens became smaller and more personal.

To create artistically pleasing narrative cinema. To maintain the tradition of quality movies that came before, with a firm respect for craft above (but nurturing) innovation. To pursue truth and beauty.

Productions Around The World

Short film: I Love You Less

Short Film: Wait Until Nothing