Ray, a refinery laborer, leaves work for the long weekend and is determined to have a good time… and to drag anyone he meets along for the ride. He is frustrated to find the city’s attention diverted by a concurrent self-help seminar. 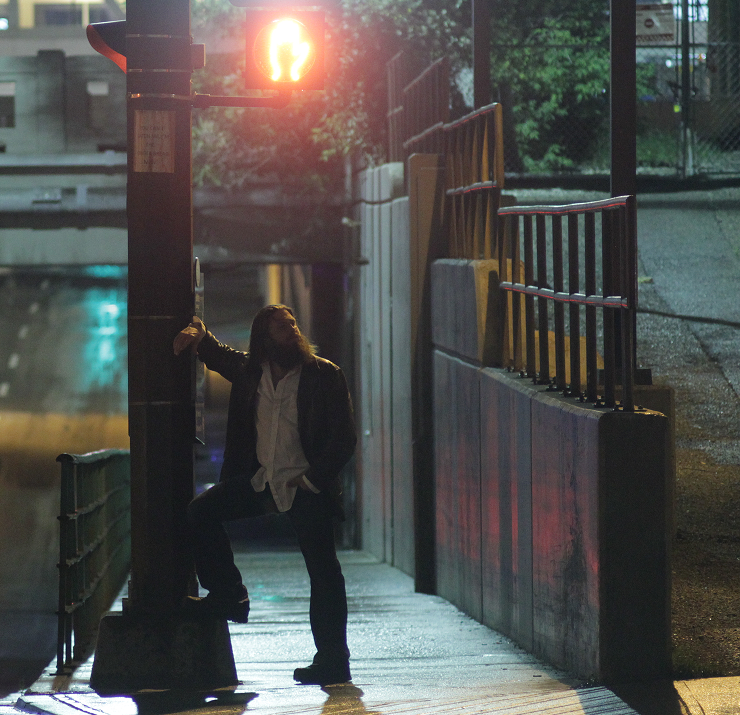 Working in the Alberta refineries, one meets a ton of lifers, some others who don’t belong there but need the money short term, and a very few interesting vagabonds who are absolutely sure they don’t belong there but are not so sure where exactly they do belong. They are long on gab and short on plans, quick witted and adventurous, and the laziest men around… but the most entertaining to work with.

This kind of anti-establishment anti-hero who cares not against whom he is rebelling stretches back to the late 60s-early 70s careers of Jack Nicholson and Dustin Hoffman. The characters of Five Easy Pieces, The Last Detail, and Midnight Cowboy weren’t comfortable among their own milieu, yet certainly wouldn’t be considered part of the hippie counterculture. Likewise caught between the laborer and the hipster, Ray floats through life buoyed up by the emotions he can inspire in those around him. He’s like a gutter DJ, trying to guide his unsuspecting victims through euphoria and mourning, between comedy and tragedy.

He’s intelligent enough to know he is a buffoon, but too stubborn to rise above that role. It’s not enough to be liked; Ray needs to be liked on his terms for what he feels is admirable at the right time for just the right amount. He’s always amused and never satisfied.

We follow this pinball of a man as he careens around, away from the safety of the work camp he despises, through the lives of past flings, new friends, and current lovers, set loose across a long weekend in Calgary with a wad full of bills in his pocket and the obsession that what happens a moment from now will be the greatest thing that has ever happened… in his life and yours.