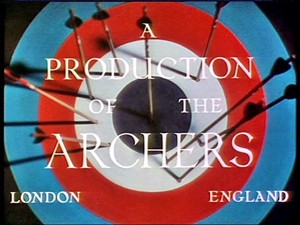 I came hesitantly to the films of Michael Powell and Emeric Pressburger; after all, those whose masterwork rested on the theme of Ballet seemed suspect to me. At any rate, The Red Shoes certainly belongs among the greatest cinema has to offer, and a good majority of the other Archers projects are not far behind.

The movies have seen a lot of inspiring and timely manifestos (the lifeblood call-to-arms like the Truffaut and Godard Cahiers articles, the Oberhausen, and even the more satirical Dogme movement), but none strikes so true — at least to the aims of our cooperative — as the Archers’ Manifesto:

1. We owe allegiance to nobody except the financial interests which provide our money; and, to them, the sole responsibility of ensuring them a profit, not a loss.

2. Every single foot in our films is our own responsibility and nobody else’s. We refuse to be guided or coerced by any influence but our own judgement.

3. When we start work on a new idea we must be a year ahead, not only of our competitors, but also of the times. A real film, from idea to universal release, takes a year. Or more.

4. No artist believes in escapism. And we secretly believe that no audience does. We have proved, at any rate, that they will pay to see the truth, for other reasons than her nakedness.

5. At any time, and particularly at the present, the self respect of all collaborators, from star to prop-man, is sustained, or diminished, by the theme and purpose of the film they are working on.