Cinema Round-Up: Movies I Saw In The Last 12 Months 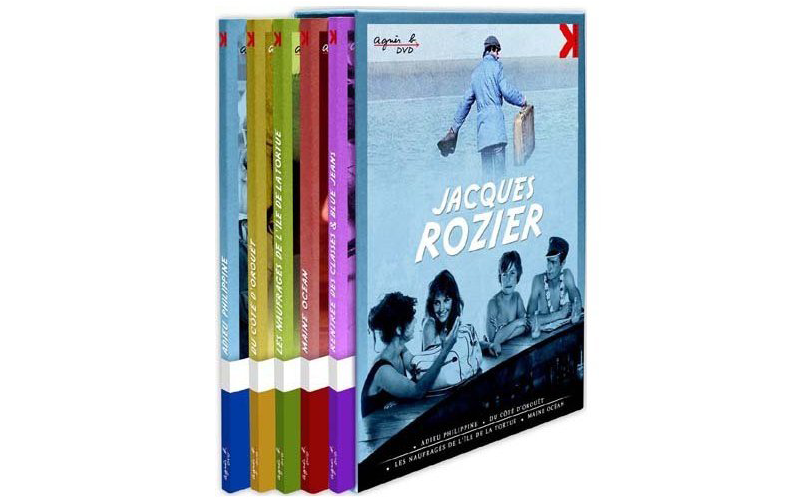 Since I don’t really watch new movies anymore (if something looks interesting I’ll get to it eventually, but I have no burning need to see it in the same year it was released), this is a list of the top 10 (or so) awesome movies “I Saw For The First Time” lately.

Starting the list by cheating and including a director’s entire work; just discovered him this year and want to shout from the rooftops. In one film, two babes accompany a young guy on his last summer before he has to go serve in the military, in another, three young babes holiday in France’s Northern Coast and run into one of their bosses, and in yet another a travel agent comes up with the idea to stage Robinson Crusoe holidays where bored yuppies agree to be shipwrecked with next to nothing. These films are so sweet, so human, and so meandering as to allow one to observe completely the ever-changing minute group dynamics of everyday life.

Waited a long time to finally see this masterpiece; it somehow managed to exceed its massive reputation. A sparse, claustrophobic eulogy of the misplaced and failed ideals of 60’s european leftists, and a surprisingly frank dissection of the shortcomings of “free” love.

Hidden gem of Russian cinema; carrying the wonderful badge of being opposed by the soviet authorities. A dreamy slice of life of a provincial town during the Stalinist period, centering around a local policeman.

Clinical precision by the master of relationship dramas. A violin-maker refuses to believe he is falling in love with (and seducing) the beautiful young lover of his business partner. One of the best scores I have ever heard (Ravel trios), and Emmanuelle Béart slowly burning for two hours.

Possibly the best mid-late period Truffaut film. A young French libertine holidays with his mother’s friend in Wales, and falls in love with both her daughters. What follows is a lifetime three-way romance that is invigorating and heartbreaking.

The Heartbreak Kid by Elaine May 1972

One of the funniest and most awkward movies I have ever seen. A little Jewish schmo from New York unceremoniously dumps his annoying bride on their honeymoon to pursue perfect teen Cybill Shepherd back to Minnesota.

On the flip side, one of the saddest movies I have ever seen. Wealthy Jewish families try their best in 1930s Fascist Italy to imagine they can continue living as they always have.

They All Laughed by Peter Bogdanovich 1981

Take a bunch of different genres and mix them together and do it with total control of the medium. Multiple private eyes follow multiple targets who may or may not be cheating, while falling in love with them.

Harry And Tonto by Paul Mazursky 1974

A lovely road movie that just about made me cry for the first time in many years. An old man from New York uses his building’s demolition as an excuse to go on a cross country road trip with his cat, connecting with his dispersed and very different children.

The obligatory movie about making movies. Maggie Cheung comes to Paris to do a remake of a cat burglar film series from the silent era… then everything goes to hell.

The Man Who Would Be King by John Huston 1975

Didn’t even enjoy this one that much when I first watched it, but then it stuck with me. Two British mercenaries cross over into Afghanistan looking for adventure, and end up being worshipped as deities.