Tarkovsky At The Office 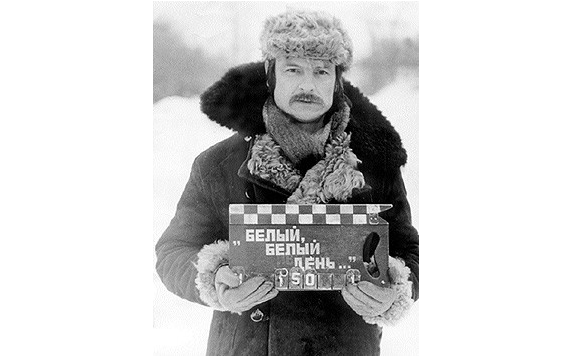 Andrei Tarkovsky, when asked about his time filming outside the Soviet system, once replied (I’m heavily paraphrasing) that he would show up on set, work out the scene, block it with the actors, integrate the various visual elements… and after one hour these people would rush him to make at least one shot. And he emphasized the fact that he was incredulous at being expected and forced to produce at least one shot after an hour of work.

Now, as hard as it is to admit the flaws of one’s heroes – and make no mistake, I believe no greater director than Tarkovsky ever walked this earth – it is probably much to the film student’s benefit to be aware of certain limitations. By “student” I don’t mean those presently attending film school but rather those who actively seek to learn more about the craft of filmmaking. And by limitations I mean to focus on a certain kind of autism that tends to creep up on cinematic practitioners who wish to be known as “artists”. Certainly, by his comments, Tarkovsky fell all too often into this category. I believe it was true that he was performing holy work, as I believe that striving to create art means taking considerations on an entirely different plane than that defined by logic. But I found it very curious when reading through the (abridged) English translation of his diaries, that after countless years of tearing his hair out at the Soviet authorities, Tarkovsky promptly began his shooting outside the Soviet Union by running down the Western crews and the Western producers.

Much has been written about the paradox of the Soviet film system that both supported and antagonized Tarkovsky for his entire cinematic life up until the shooting of Nostalgia. Being recognized as the superstar international director that he was, Tarkovsky was given ridiculous budgets and schedules and man-power to re-create his dreams on celluloid. Such that the modern (serious) filmmaker will never see again. Perhaps Scorsese’s Gangs Of New York was the end of an era in that respect. Then, as the story goes, Andrei paid back his production debts by indulging the many government watchdogs in their blind comments and what made sense and what did not, what should be cut and what should stay, and when and where his films could be shown. At any rate, not to get into it any more than that, there were costs and benefits, trade-offs and so on, but the general consensus is that he was finally pestered into fleeing his home country. The great irony, for me, was that for all his moaning he still believed that the Soviet way was the normal way to make films, and was so shocked when he got onto certain Western sets that he made statements to the effect that they had no clue how to properly undertake the making of a film:

“The Swedes are lazy and slow and only interested in observing rules and regulations. Shooting has to start at 9am and not a moment later! And that’s outside, on locations! This must be the only country where they treat the shooting of a film like work in an office. From such and such a time to such and such a time, without a thought for the fact that a film has to be created. And where artistic work is concerned, timetable considerations don’t enter into it. And the converse is true. They really don’t work well, not well at all.”

from Time Within Time

The bold-face is my own emphasis. This may sound great to the ivory-tower thinker who has never set foot in the real world, but for a seasoned filmmaker with 6 features under his belt at that point… what a statement! He must have really been sheltered by his producers up until then. This tunnel vision was nothing new for Tarkovsky though, as evinced in tangential situations, the most amusing being cinematographer Sven Nykvist’s story of Tarkovsky being unable to conceive an angled pan/tilt movement because they were taught at VGIK to only do camera movements one axis at a time.

Obviously a certain focus and stubborn dogmatism is what makes the great artists most interesting. And this is even more important on a film set literally populated with hundreds of people all eager to contribute their own opinion. And I will go even one step further and say in these times of ours where Western society dictates that everyone’s opinion is equally valid simply by virtue of possession, I consider close-mindedness a talent (applied sparingly, at opportune times). So the issue here is not that Tarkovsky should have refrained from complaining or fighting for “his way”. The issue is that a film production, by nature, must have the majority of its various aspects run in a business-like fashion. That is to say with economy and efficiency. Most productions do treat their shoot like work in an office, and they are none the worse for it. Certainly Nostalgia and The Sacrifice are not second tier films, made as they were in an office-like atmosphere.

But you see, it is easier to complain that “art” is being stifled by such mundane considerations as when the crew gets to eat, and if anyone is allowed to exchange their time for a salary, and just how long an actor can be on set before their concentration begins to slide (and with it, your scene). Certainly easier than, say, sending everyone home and making the film by yourself, entirely in claymation, so that you can take 10 hours per shot if you want, in the name of art. Tarkovsky, of course, made all his masterpieces with internationally acclaimed technicians, some of the best equipment money could buy, and small armies at his disposal. As I said before, those days are past us. If you (or I) wish to unfold the various mysteries inherent in the great story of humanity, and to do so outside of the 100 minute, tack on a love story, happy ending mold, we’d all better get used to NOT having the tools that Tarkovsky had at his disposal. That… I hate to say… he took brutally for granted.

This is but a minor point, of course. For no matter what he took for granted, Tarkovsky left his blood and tears on the screen and made cinema that will fully withstand the test of time. No doubt his attitude set the groundwork for these achievements. By studying the greats we hope to carry forward the worthy tradition of life-altering cinema, and there are a multitude of lessons we can take from Tarkovsky’s case. Happily a wealth of information via records, interviews, and behind-the-scenes documentaries exist to assist us. But this is a lesson we must try to forget. He was wrong to criticize the Swedish crews this way. Scheduling and budgeting concerns are foremost of the problems to be tackled by a filmmaker, and if the director is to consider himself principally the author of the film (as I believe to be self-evident) then he should involve himself in this area with just as much passion and energy as any other aspect of the film. Even in terms of creativity this is going to shape the rest of the process, and ultimately the final product. There is even evidence contained in the diaries that Tarkovsky actively participated in this on all of his movies, and surely realized there were limitations of what he could expect from himself and others. In fact, most of what my circle of cinematic friends most despise in commercial filmmaking is the indulgence and waste prevalent in the highest-end productions. The focus for cineastes gushing over the latest indie masterpiece lies not only in what they filmed but HOW DAMN WELL they did it on such a limited budget and schedule. Obviously this mindset will never produce another Andrei Rublev. But then we already have one; there is no need to ask for more. A time may come when this level of production is allowed to a filmmaker of Tarkovsky’s caliber. That time is not now or the foreseeable future.

I agree with Godard’s paraphrase that a dolly shot is a question of morality. I also think a budget top-sheet and a shooting schedule are a question of aesthetics. Only a damn fool would give them short shrift. Any answer to the opposite is simply preening for journalists, or personal excuse-making. And neither of those things ever helped create a good film.